Euclid and the Sword

I have written, often, about one of my personal heroes from history, Euclid of Alexandria, who wrote a textbook called Elements which would serve as the foundation for all Western mathematics for 2000 years. You may recall that, outside of his name and a list of his writings, we know almost nothing about Euclid. We know nothing of his birth, or his schooling, or his politics. We don’t know if he traveled extensively or if he was relatively sedentary. We don’t know if he was tall, short, fat, skinny, handsome, or ugly. However, one thing we do know is that Euclid’s work, though purely mathematical, bore a tremendous influence on a wide variety of fields of knowledge.

Euclid’s Elements set out to prove the whole of mathematics deductively from very simple definitions, axioms, and postulates. Deductive logic provided a sound and absolute basis by which mathematics operated for every man, whether rich or poor, high-born or peasant, male or female, famous or obscure. During the 16th and 17th Centuries, this strong foundation became lauded and sought after by philosophers, who began attempting to provide all philosophy with the rigor one found in the Elements. The appeal was obvious: if one could deductively prove his philosophical system, in the manner that Euclid had proved his geometry, then one would be left with incontrovertible conclusions to questions which had previously been highly disputed. Such extremely notable philosophers as Thomas Hobbes and Baruch Spinoza, amongst countless others, attempted to replicate the Definitions-Postulates-Proofs format Euclid had employed in order to settle questions of morality and ethics and governance.

Martial philosophy was no less affected, in that period. The sword and swordplay, especially, underwent a dramatic evolution during that same time. Just as Hobbes and Spinoza attempted to replicate Euclid for ethics, fencing masters similarly moved toward a more rigorous and geometric approach towards understanding combat. And, in my opinion, they were far more  successful in that endeavor than the philosophers had been.

END_OF_DOCUMENT_TOKEN_TO_BE_REPLACED

For the unwise man ’tis best to be mute

For the unwise man ’tis best to be mute
when he come amid the crowd,
for none is aware of his lack of wit
if he wastes not too many words;
for he who lacks wit shall never learn
though his words flow ne’er so fast.

Wise he is deemed who can question well,
and also answer back:
the sons of men can no secret make
of the tidings told in their midst.

END_OF_DOCUMENT_TOKEN_TO_BE_REPLACED

On the Pythagorean Theorem 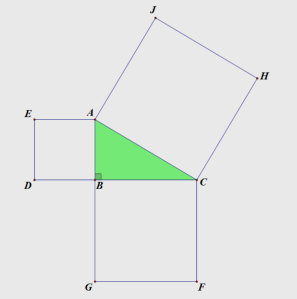 Figure 1: A right triangle with squares on its sides

The Pythagorean Theorem is my favorite math problem of all time. I feel so strongly about this particular bit of geometry that I have the theorem tattooed on my chest. Over my heart. In the original Greek. Yeah, I’m that kind of nerd. Most people have some vague recollection from their high school math classes that the Pythagorean Theorem is

; and a few even remember that the c in that equation refers to the hypotenuse of a right triangle, while the a and b refer to the other two legs. However, most of the time, people were just taught to memorize this theorem– they weren’t taught how to prove that it was actually true. Now, the Internet is full of all kinds of really clever visual proofs involving rearranging copies of the triangle in order to form the different squares, but I’m not really a huge fan of these. They make it very easy to see that the Pythagorean Theorem is true, but they don’t really make it easy to see why the Pythagorean Theorem is true. So, today, I wanted to discuss my favorite proof for the Pythagorean Theorem, which comes to us by way of Euclid’s Elements, which was the standard textbook for math in the West for around 2000 years.